Freedom of Choice vs Social Responsibility 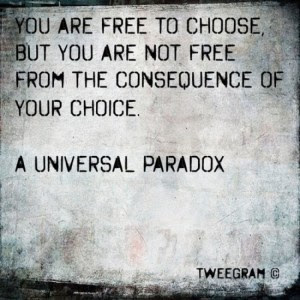 Last November we are seeing the unprecedented move by California to legalize the consumption of recreational marijuana.  With that decision, California then joined Nevada, Colorado, Washington, Oregon, Alaska, Maine and Massachusetts in legalizing the use of marijuana for recreational purposes.  Already states like Washington DC, Hawaii, Montana and seventeen others had passed bills to legalized the use of marijuana for medicinal purposes.  This, however, does not change the policy at the federal level, where marijuana is categorized as a Schedule 1 Drug; a drug with no medicinal value.  President Obama at the time was non-committal on this issue and let the states take the lead pertaining to this matter.

Like any forms of drugs, alcohol and cigarettes included, the potency of the poison is in the dosage.  Even sugar, taken excessively will cause a detrimental effect.  Same goes with carbs, salt and carbonated drinks.  Does this mean we have to regulate their consumption through legislation?  Perhaps it's too far fetch of an idea to label sugar as poison and taxed it exorbitantly to discourage excessive usage.

The answer lies in self-discipline.  The US tried alcohol prohibition before, but the 1920 prohibition paved ways to mobsters and gangsters like Al Capone in Chicago and Lucky Luciano in New York.  People still drank and worse, the illegal bootlegging caused so much malaise in the society then.

By giving the people freedom of choice, we are opening the avenue towards a civil society.  The big brother approach may work to a certain extent but in the long run, the cost of abstinence will sky rocket due to the resistance from the public.  That is why Uruguay decided to become the first country to legalize marijuana in 2014.  Portugal, on the other hand, decriminalized the use of all drugs in 2001.  Instead of treating possession of small quantities of drugs as a criminal issue, Portugal decided to treat them as a public health issue, the drugs are still illegal of course.

Balancing freedom of choice vs social responsibility is a personal choice.  The United States Navy have a policy of no drinking before sunset.  Same goes with the usage of any form of drugs.  You don't expect an assembly line worker to come to work stoned and be able to fully concentrate on his work, do you?  It has to be a conscious effort to control its consumption.

I know a successful businessman who takes Ecstasy pills when he wants to go clubbing on the weekends.  This guy, however, did proper research on the types of pills and the dosage before taking his course of action. When he caught his teenage son smoking marijuana, he decided to be the one purchasing it for him.  That way he has better control of the son's consumption.  Another friend of mine smokes pot since he was a teenager and can still compete in trail runs and half marathons.  Each of them is very successful in their line of work.  Not your typical addict as the scare media usually portrays.

During the Vietnam War, it was discovered that 15% of the US soldiers were addicted to heroine.  It posed a big problem to the government.  When the war ended, they expected the country will be flooded with heroin addicts.  Surprisingly upon returning home only 5% became re-addicted.  95% of them kicked the addiction overnight.  Click here for the report.   This was due to a change of environment and a more caring society.

The freedom of choice is not limited to the use of controlled substances.  It also includes such things as littering and speeding.  We need a higher level of consciousness to be socially responsible.  I can't help but cringed when I visited state parks and saw plastic water bottles littering the pathways.  Surely these were the actions of the few self-centered individuals.  They are only concern with their own preservation.  These short-sighted individuals are myopic in their thinking and do not think of the long-term consequences.  Same goes to the speed demons.  When there's an accident, everybody got stalled.

Social responsibility can be improved with greater awareness.  It should start at a very young age.  In Japan, a preschooler first year in school is about learning ethics.  They learn how to take care of the classroom and to keep everything in order.  The Japanese are very good at it.  So much so they have a practice called the 5S as a life's routine - seiri (tidiness), seiton (orderliness), seiso (cleanliness), seiketsu (standardization) and shitsuke (discipline).  This doesn't stop from making the Japanese into a culture of work hard, play harder.  Everything has its place in Japan.

A civil society is a collective effort.  We need to be mindful that though we as individuals have a liberty to act, we are definitely not operating in isolation.  This requires a certain level of maturity by all.  Without a sense of responsibility to our fellow citizens, we are only inviting anarchy into our lives.  I always in favor of liberalization.  Let the social forces take their course.  This is anytime better than a draconian law that stifles freedom and ultimately the pursues of happiness.

Posted by Sharudin Jamal at 6:42 PM