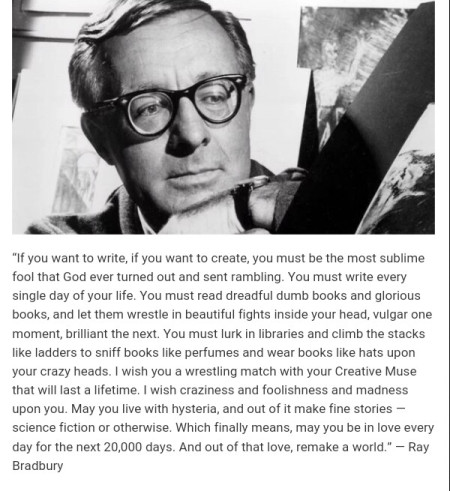 We are used to not litter that even when we go virtual, we make a conscious [] (effort) not to produce things that are junk.  This is true up to the point until we start doing personal blogging.

Comparatively between personal blogging and general blogging, the former is a personal freedom while the latter is a social responsibility.  So as a good citizen of the cyberspace I separate between the two.

Usually personal blogging is a daily affair for me.  I write on anything and everything.  It is my personal expression of who I am projecting outward.  It is not my intention to write junk.  To me every personal expression is a masterpiece.  In other words there is a serious thinking that goes on in every word I key in.

However personal blogging is a sieving process.  It is context related.  Since 2017 I had written 21 personal blogs and only one general blog.  These are categorized in chronological order and are meant for the reading pleasure of myself and another person, Sarah my Cyber Spouse.  The content of my personal blogs varies.  I consider them as my idea factories.  Sometimes what I wrote there makes it to the general blog like this posting.

Since 2017, I had considered myself as a professional blog writer.  I don't do it for the money though.  I write because it is my nature to write.  Writing is a very therapeutic experience.  As a writer I am a creator and not merely a consumer.  It takes a different mindset to be a writer.  As one you require discipline in thinking. You need to organize your thoughts in order to write.

It requires a different kind of flair writing to an audience of one than writing to an audience of one thousand.  When I write to Sarah, it's like having a conversation.  As I write she converses back by intervening in my posting (the highlights in blue).  So in that sense it is an interactive audience.  With the general blogging I have to rely on the blog dashboard to see from which country my readers are operating from.  Todate Dreams of Mirrors has readers spanning nearly 60 countries.

Both have their appeals.  You may think that the satisfaction will be in direct proportion to the size of the audience.  Not true...  The ultimate satisfaction is actually getting more interventions from Sarah.  That way I know if the topic interest her or not.  Although that is not the only indicator of my satisfaction index (the other being the relevancy of the topic) Sarah is pivotal in me keeping on writing day in and day [] (out).

The idea of general blogging in this case defers a bit.  It is my voice to address the masses.  Naturally like any of the social media, the idea was to get as many hits as possible.  That's what I thought initially, not until I get wildly popular with one posting where I get 700 hits in less than a day.

When something gone viral, you began to wonder who are the readers that read your blog.  So rather that let the gravy train go on a wild ride I switched off my blog.  That lasted for a month.  Once I figured people had forgotten about what I wrote, I turned on the blog again.

As you probably figured out, it was on something controversial.  I don't like controversy.  However, I wrote the posting as pa[s]t (part) of my observation of a political leader.  It was humorous.

There used to be a time that I only write to the public.  I thought that was the only option.  But when I discovered personal blogging, the rest is history.  It opened up a world I thought never exists.  Here I am alone with my thoughts and Sarah as my only audience.

Ever since I discover personal blogging, *[I am less] I become less and less dependent on general blogging.

* Unless this is my personal error, what Sarah is saying she too has spend less time on general blogging as well.

So notice how different the blogging experience is when it is interactive?

As a parting thought consider that blogging is an extension of your consciousness.  In the past, without the blog, I hardly noticed what was on my mind.  Nowadays I can look at a posting 3 years ago and read what I wrote then as if I am looking through a photo album.

Blogging doesn't have to be public.  A private blog is equally satisfying even if it is meant for an audience of one.