Note:  This is a conversation I had with a friend on wearing two watches on a separate blog.  I decided to publish it here since I believe it has some values to the public even if it means as an entertainment.

If I want to wear two watches at a time then I stick with the bracelet and rubber.  After all watches are not merely timepieces.  They are fashion statement with aesthetic values.

I love wearing two watches, they are pleasing to the eyes.  Lets see how General Norman Schwarzkoft wears his: 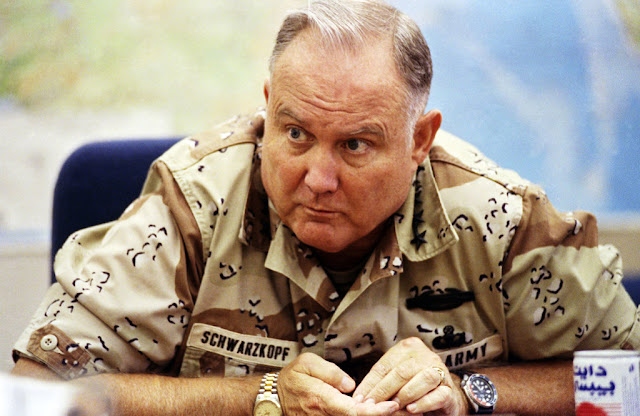 "I always wore two watches during the [Gulf] war. The one on my right arm was set on Saudi Arabian time and the Seiko on my left arm was set on Eastern Standard Time. That way I could quickly glance at my watches and instantly know the time in both Saudi Arabia and Washington, D.C. Sincerely, H. Norman Schwarzkopf General, U.S. Army, Retired." Words from recently departed General Norman Schwarzkopf in a letter to the Antiquorum auction house in the late 1990s when he donated one his watches for a charity auction.

The watch was a Seiko SKX009 diver and was on his wrist for at least the entirety of the early 1990s Gulf War. According to the letter and many images from the time, General Norman Schwarzkopf indeed "double wristed it" with a watch on each wrist. Mark of a true watch guy? At auction, the Seiko which can be purchased new for about $200 today went for $11,000.
Retired, he died at the age of 78 years old in Tampa, Florida several days ago at the end of 2012. One of his most famous quotes was "It doesn't take a hero to order men into battle. It takes a hero to be one of those men who goes into battle."
Seriously, I love the idea of wearing two watches.  Since the watches are a fashion statement rather than a timekeeper, why not double the pleasure?  A man's style is a man's style.  I wear my watches for my satisfaction.  Why not double the satisfaction just for myself? All for my own personal indulgence.  Screw what other people think.  If people ask, then just say - I like looking at watches.  After all they are a contrast between different models.

I guess it is an OK fashion statement.  If Maradona, Castro, Lady Diana and Amitabh Bachchan can do it, so can I.
Damn, I still lust for the NATO, but it will absorb sweat and water.  It is a gooood military look though and I'm suckered for that utilitarian look.  Let's put it this way, It was worn by the military.  Therefore it should be robust. 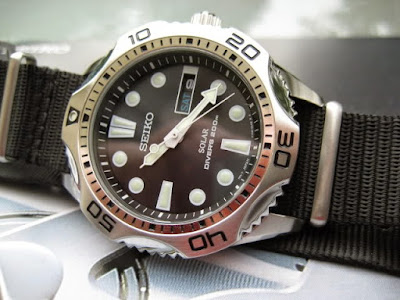 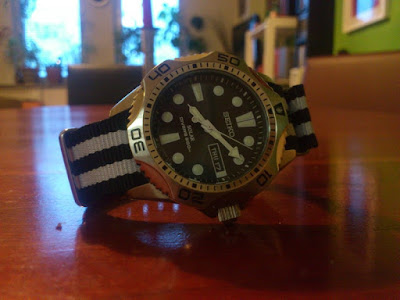 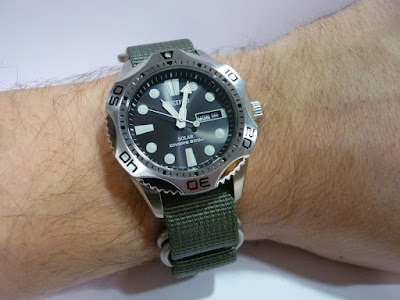 I decide to buy the NATO anyway.  Just to satisfy my lust for it.

The NATO looks good on a diver:

I am a sucker for diver and military watches. 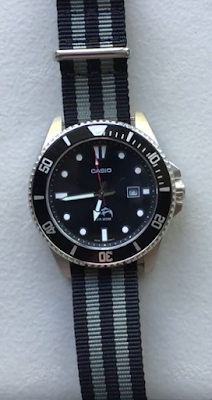 Why bother with a cheap homage while I can use the money to assesorise my baby the SNE 107 "Sunburst", the iconic Seiko watch?  The standard rubber strap won't cut it and I ended have to buy a NATO in the end.  Remember, with the NATO, I have an equivalent of 3 Seiko watches.

Let's settle the issue once and for all, the the solar technology is the forefront of advancement in watch production.  Then I have the chargeable GPS watch.  The Mudman is a classic and the battery lasts for 10 years - who's complaining?  I will not revert to quartz and automatic.  I will stick with solar from now on.  At best I go with Orient power reserve technology or a Citizen Eco-drive. 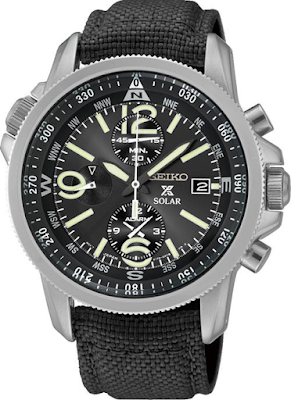 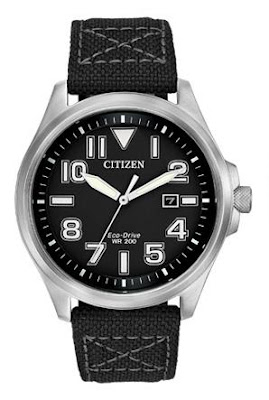 What do you think Brenda?  I like the Seiko better.  Btw, this Omega Seamaster Planet Ocean Chronograph is like lusting for a high class hooker.  Nice to look at but extremely useless once you pay for it. 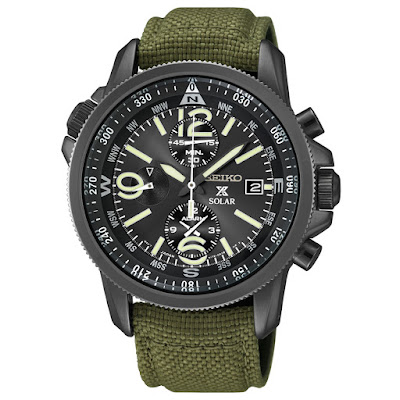 A real military look...  This watch is my final destination in watches.

Not that I will go into the jungle ever again, another fantasy long forgone.  Anyway, I will have a reliable guide to accompany me if I ever visit the jungle again.  You get that Brenda?

The jungle is insidious.  I was lost in the jungle once.  Don't expect to see the sun in the tropical rain forest.  You look low for trails instead of bulldozing your way through using the bearing.

One song for the road, OK Brenda?

Posted by Sharudin Jamal at 6:22 PM