Marcus Aurelius was Roman emperor from 161 to 180 and a Stoic philosopher. He was the last of the rulers traditionally known as the Five Good Emperors, and the last emperor of the Pax Romana, an age of relative peace and stability for the Roman Empire. He served as Roman consul in 140, 145, and 161.

When I stumbled upon his quotes (there are tons of them), it kept me busy the whole afternoon.  From 25 quotes I veered through 510 quotes.  Soon I was led to read his personal journal named The Meditations of Marcus Aurelius Antoninus.  He was indeed a thinker among giants.

What I like about Marcus is his philosophy resonates simplicity and moderation.  Yet they are pretty profound thoughts.  Here are my best six: 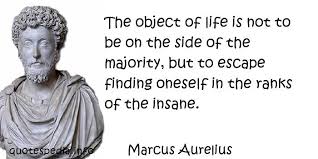 I personally think that this is the best quote I came across on why we should not follow the masses.  Often times I do feel that I don't belong in the 97% of the majority.  Even Warren Buffet had advised us not to follow the crowd.

I am happy to say that I am totally in charge of my imagination, insane or otherwise.  At least with my own thoughts I am fully responsible.  With the thoughts of others I am just following the herd mentality going to nowhere.

I fully agree with this concept.  This is minimalism at its best.  Through my own personal experience, I concluded that less is more.  The less I spend the happier I am.  No longer do I have to be the slave of the things I own.

As a matter of fact now when I look at people with fancy stuffs, I always wonder how big are their debts and how ridiculous they are slogging day and night to buy things they can't afford with money they don't have to impress people they don't know. 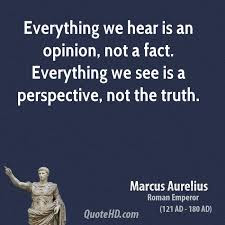 Yup, even this quote is an opinion and a perspective.  As I firmly believe, the only truth is mathematics.  The rest are mere representation of what deemed as truth by those who are self serving.

That is why I no longer listen to politicians and religious clergies.  They are a bunch of liars who twist their tongues to suit their purpose.  The higher the position the bigger the lies.  Just follow the news and tell me I am wrong. 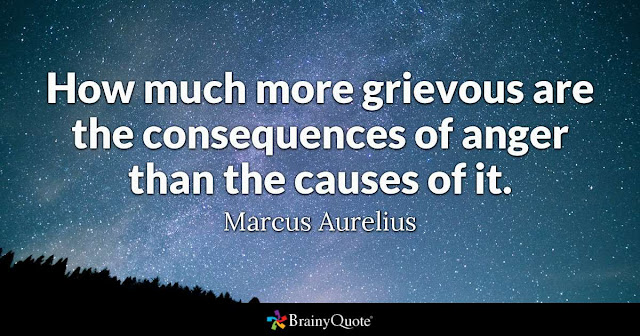 This quote is an excellent reminder of what not to do when we are angry.  The consequences of the anger is always greater that what causes the anger in the first place.

Recently a man was convicted of murder because he accidentally killed another guy in a road rage incident.  Certainly for whatever reason, the consequences of the anger is not worth for him going to prison unnecessarily. 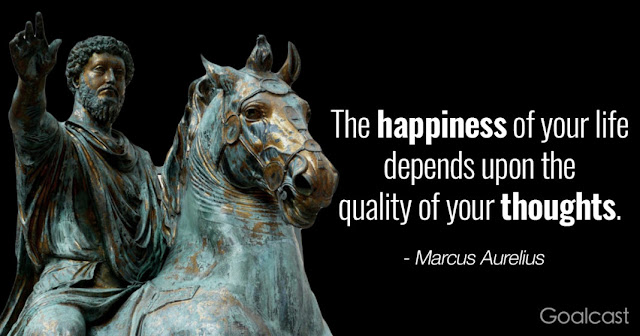 I like this quote very much.  We can be happy just by controlling the quality of our thoughts.  I don't quite understand those people who choose to be grumpy their whole life.  It's just as easy as flipping a switch.  Happy or grumpy is a personal choice.

What is worse are people who have to spend tons of money to make themselves feel good.  In my book, you don't need loads of cash to be happy.  Yes we need money, but that's for sustenance.  To be happy all you need is to labor in freedom; that's what Einstein said, I paraphrase. 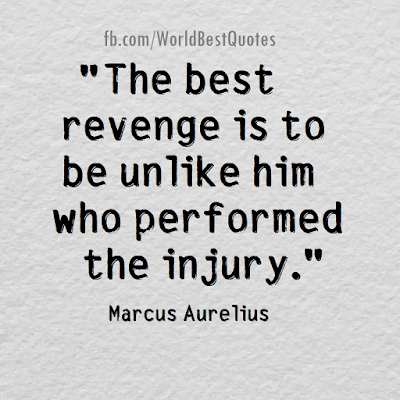 Finally, this quote is so profound that it strikes me like a lightning bolt.  Of course...  Sooner or later the Law of Attraction will catch up with everyone of us.  Everybody gets what they deserve at the end of the day.  I had seen many examples of how justice prevails while we are alive.  We don't have to wait for the afterlife to receive the Judgement of Heaven.

Everything is a cause set in motion.  Sooner or later whoever that is in the wrong will get their fair share.  Just wait and see.  The higher they climb the harder they fall.  In the meantime we focus on quality living.


So there you have it;