In Search for Truth 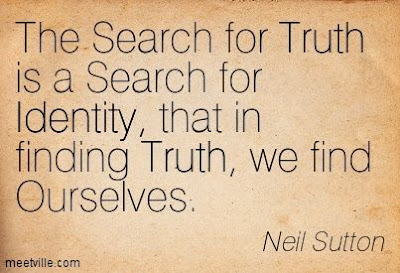 In search of truth is a sensitive topic.  That is because there are many paths to truth and  there are many seekers along the path.  However for truth to prevail, there should be one common understanding of its meaning.  Anyone who is confronted with this realization should accept that truth is universal.  Thus there is only one language for truth and those who uncover it should be able to accept it without prejudice.

Way back in the early days, people turned to religion for the ultimate answer.  I did the same thing years ago.  It seemed logical to me.  After all, the religious people happened to be, in my eyes, contented with the answers they got from their religious devotions.  I, therefore, dived into the religious studies like a zealot on steroid.  I spent my mornings studying the meaning of Quran, also known as the Tafsir under the tutelage of  Professor Dr. Abdul Hayei of the Religious Studies of University Malaya for two years.  I also attended the lectures in the International Institute of Islamic Thought and Civilization (ISTAC) in the evenings whenever time permits.  To top it up, I pray five times a day in the mosque and worked on my Arabic Quranic reading twice a week with the local imam.

In the beginning, I was overwhelmed.  There was a vast body of knowledge to cover.  I even learn Arabic to keep pace with the readings.  Finally, after struggling for quite some time, I decided to confine my research to the Quran and Hadith.  This was way before the You Tube era, so I bought a software that can do a keyword search in both areas.  What I discovered, I was not impressed.  Sans from being labeled blasphemous, I just say that some of my findings border along absurdity.  It's hard to imagine one can accept such writings as the truth when some of them were marred with inconsistencies, inaccuracies, and bigotries.  I know this statement will make the fanatics jump from their seats, but that is only because they are making judgments based on their conformity bias.  Furthermore, these people operate within a narrow scope of thinking based on the preset paradigm.  Thus I decided to move on...

My next stop is philosophy.  At first, I get myself acquainted with the traditional Greek thought leaders.  Names like Socrates, Plato, and Aristotle weaved their ways into my research.  I found comfort in their manuscripts as such they provoked thinking rather than accepting everything lock, stock, and barrel as the ultimate truth.  Slowly I veered from the Greeks to the works of Thomas Paine, Voltaire, and Descartes.  They propagated excellence in human achievement through reasons and intellect to say the very least.  I also came across the works of Anthony Flew as he came to his closure on the topic of the existence of God.  All these were fine specimens, but it was Nietzsche that caught my imagination.

Nietzsche was an intellectual giant.  He is probably the most widely read philosopher in the world today, but he is also the most misunderstood.  He was born on 15 October 1844, in Germany.  He had, on the whole, a happy, fulfilling and pious childhood and he never spoke in his writings of any kind of rebellion against his religious upbringing.  However, when he went to university in 1864 to read philosophy and theology he had already ceased to believe in the existence of God.  His work influenced my thoughts when he talked about God is Dead, The Superman, The Will to Power, and Eternal Recurrence.  Where I stop short is when he said, anything can be the truth.  I felt like that was an anticlimax to a wonderful array of reasons he provided so far.

It was then I realized that philosophy is not the path to uncovering the truth.  Once again I set my course and this time on science.  It took me awhile to find my way around science since I left the field for more than thirty years.  I started back from the time of Copernicus to Kepler then to Newton. From there, I moved to Maxwell and then Einstein and later to Bohr.  The good thing about science is, everything starts with a hypothesis.  Then followed by some testings and observations.  This sieving process makes way for a theory and then the establishment of the theory and perhaps a law.  This is known as the scientific method.  The dynamic is never a status quo.  When new evidence presents itself the whole process repeats again.

It's easy to conclude that scientific method is the way to the ultimate truth.  Unfortunately, the finding from the scientific method is not the end all be all answer to this quest.  It is just a tool to get to an answer.  If there is new evidence emerges in the future, then the whole cycle repeats itself.  The target is always moving.  There is only one solid body of knowledge that is steady throughout the years, that is mathematics.  With mathematics, there is always a problem to solve and an equation to prove.  Having said that, the answer is always coherent.

I fell in love with mathematics when I found out that there are twenty-six fundamental constants that hold the universe together.  They are:

Without these constants, the universe won't exist!  Imagine for a while, the numbers must tally for us to occupy this amount of space.

Even the way objects are structured require a certain pattern in mathematics.  Take the Phi Ratio or the Golden Ratio, for example, the sequence is very fluid and yet it exists in all forms of existence.  There is no requirement to explain things in a long-winded way, just do the math.  Once you understand the mathematical aspect of how things work, there is no longer the need to be superfluous about the logic behind it. 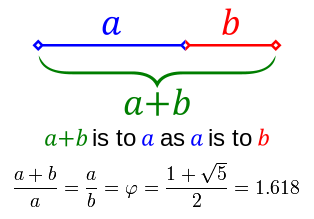 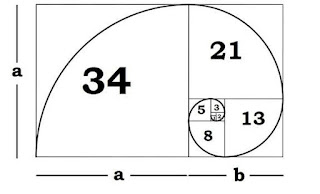 Mathematics is more than just numbers jumbled together.  It is the foundation of science, engineering, medicine, communication and technology as a whole.  Without it, we will not progress from the stone age era to today's marvelous living condition.  It may not answer the questions such as the existence of God, life after death, and the spirits' realm but it certainly has gotten us this far.

"Isn't it enough to see that a garden is beautiful
without having to believe that there are fairies at the bottom of it too?"
- Douglas Adams (1952-2001),
from the Hitchhiker's Guide to the Galaxy 1979

Posted by Sharudin Jamal at 1:05 PM