Of Mind and Matter 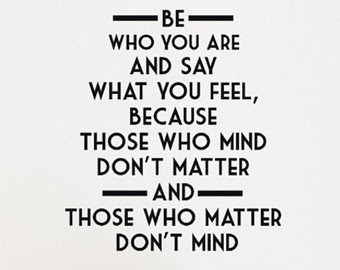 One of the deepest and most lasting legacies of Descartes's philosophy is his thesis that mind and body are really distinct - a thesis called "mind-body dualism."  In this thesis Descartes asked us to imagine the mind without the body.  This is easy for us to do.  Now imagine the body without the mind.  This proves to be a lot problematic because the source of the imagination is well, from the mind itself.

Hence, we are who we think we are.  The body is the extension of the mind in action.  We often thought we are in control of our mind but in actuality the mind already decides on an action six seconds before the thought surfaces in our conscious realm.  So are we in control or our mind is the one in charge all the time?

That is why in the practice of Zen philosophy, we are encouraged to trust our instinct.  This can only be achieved when the mind is free from doubt, uncertainty and fear.  Perceive what cannot be seen by the eyes, advised Miyamoto Musashi in his book, The Book of Five Rings.

In order to do this, I practice the state of mushin no shin; the mind of no mind.  Click here for the explanation in mushin no shin.  It is also known as the super-conscious or the third eye.  What I do is I imagine I'm surrounded by eight swordsmen.  I'm in the center feinting the two-sword swordsmen.  Previously I tried defending myself using two swords too.  Unfortunately on the forth move I got stabbed.  So I changed to using a triple nunchaku.  In order to effectively ward the attacks I spin.  There is no penetration and I can do this indefinitely.

I also guard my mind from negative thoughts.  I do this by imagining that I burn the weeds and dry leaves underneath a luscious green tree.  The tree is my cerebellum, the executioner's brain.  After I scatter the ashes at the roots, I then shower the tree with water.

The third ritual that I practice is by setting my heart to sixty beat per minute.  I do this by chanting Allah ooo Allah ooo Allah ooo Allah.  By doing so I am composed all the time.  I seldom panic.  Panic situation can kill a drowning person in fifteen seconds.  It can stop the heart from beating and can prove to be fatal in a fight or flight situation.

What the mind can do is beyond our wildest imagination.  The physical brain is a powerful receiver.  It is bombarded by inspirations that come from the First Cause since the beginning of time.  It was said that cosmic rays contain all the information we need to decipher from the Creator.  Hence, it's good to be exposed to the outdoor for us to be inspired.

I may not be able to prove this scientifically, but normally after I had one of those long runs, I became very motivated to write.  Ideas seem to flow effortlessly.  It may just be an unfounded theory but I certainly benefited from being active throughout my life.  The longer the run, the better I am in my writings.  Inspiration is abound when I expose myself to the outdoors.

I also feed my mind with quality input.  In the study of computer programming, we were taught that a program is Garbage In Garbage Out (GIGO).  So I turned that around and changed the term into Good In Good Out.  As much as possible, I will ensure I get quality information.  Albeit Facebook, WhatsApp, news, tv programs or songs, I will sieve the garbage from the gems.  Who I mingle around, I also filter.  In gatherings where I meet a myriad of unknown personalities, I rather remain quiet than talk nonsense.

Most importantly I make a point to capture my thoughts in the Evernote.  That way, I can analyze my thoughts as part of my personal reflections.  This blog had helped me a lot in achieving that purpose too.  That is why I tagged songs to the postings.  It is a part of the accelerated learning and in stimulating my multiple intelligence.  As stated in an advertisement by the United Negro College Fund I saw a long time ago - a mind is a terrible thing to waste.

So whatever you want to achieve, it's all in the mind.  Whether it's about quitting smoking, running a marathon or merely being motivated to wake up in the morning, it's all about mind over matter. 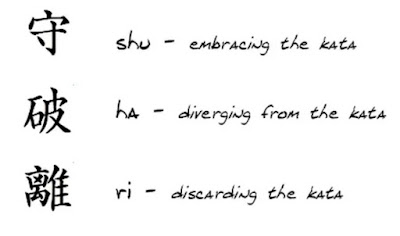 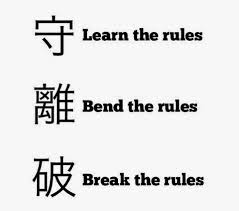 Posted by Sharudin Jamal at 5:47 PM